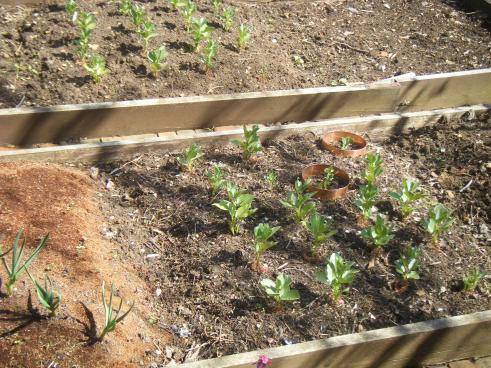 You may recollect that I have two beds of broad beans.  One (pictured in the foreground), had plenty of compost added to the top of the soil.  This was then worked in along with some spent potting compost and some seaweed meal. 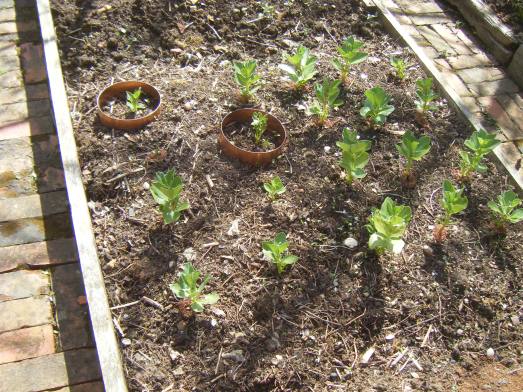 The second bed had the same amount of garden compost added but this time the plot was ‘double-dug’ and the compost buried a spits depth.  Just before planting out time the plot was treated exactly the same as the other one with the addition of spent compost and seaweed meal worked into the surface.  Both plots were also covered with black plastic for a couple of weeks before the broad beans were planted out in order to warm the soil a little. 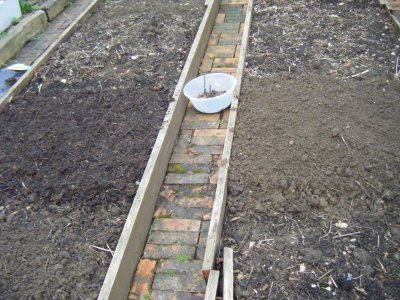 Here are the beds just before the polythene was added.

And here they are covered in polythene. 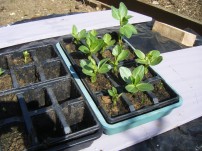 Here are the plants when they were newly planted on 20th March.  So far both beds seem to be growing equally strongly.  However, I have noticed more slug damage on the bed where more garden compost was left on the surface of the soil.